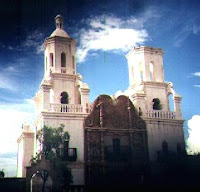 She calls herself SkyAngel, btw, which is perfect don’t you think? She is what Seth Godin describes as a lynchpin. I see her as a model for what the word ‘work’ means. In a thoughtful New York Times write-up, Adam Cohen vamps on Studs Terkle’s reflections on Working, “Even for the lowliest laborers, Mr. Terkel found, work was a search, sometimes successful, sometimes not, "for daily meaning as well as daily bread."


SkyAngel sent me a nice note after my last blog entry. I just happened to catch her doing what she does everyday for all her passengers. “It’s my job,” she says, “Safety, comfort, and if I can make someone’s day just a little brighter that’s all I need.” She’d make a great interview for the updated version of ‘Working’. She is exactly what America in the 2010’s needs – nothing fancy, just doing it right, and getting it done.  I was very pleased when American Airlines sent a note saying they were going to reward her for her great service.  I'm sure she appreciated the gesture, but I bet she got more personal reward from simply knowing she had served well.  Lynchpins are like that.

On the ride from the airport to the Princess Hotel in Scottsdale, I happened to ask the cabbie for his views on the new immigration law. Was somewhat surprised to hear how strongly he supported it, being that he was a dark skinned immigrant from Sudan, who I surmise will have to prove his citizenship the next time he runs a red light. “The reaction is hurting us, we don't understand why our fellow American's hate us for this.  These Mexicans, they sneak in here and cause holy hell,” he shouted over the wind rushing in the open windows of his stifling non-air-conditioned, yellow cab. “They have accidents, and tie up traffic for me. They don’t have insurance, no license. Me, I worked hard to come here. I have an engineering degree from Sudan, but there's no work there, so I come here. It takes me a long time, I play by the rules and am very proud to be here. I work hard 12-14 hours a day. I do some good – ha! See, I help you get to your hotel. That’s good. I do that, otherwise how you get there? But these Mexicans, they don’t work for good. If they work at all its for fun…”

I ask him to explain working for fun.

“Fun. They don’t care about doing a good job, helping anyone. They only want to make money to buy beer, get drunk, have fun. Maybe they send some home.  They don't do no good for anyone here.”

I think about this for a while.

At the hotel, I ask the pleasant, older, white lady in the gift shop what she thinks of the law. “We have to do something…the city is overrun. We’re terrified…and it isn’t fair to the law-abiding citizens. These people are criminals, they don’t pay taxes, but they use our services, lots of them. So we are paying more, getting less, and they are benefiting from our honesty and hard work. They are a scourge of drugs, gangs, and guns…it horrible, something has to give.  I am afraid to drive home alone now, my husband has to come get me after work.”

I see from the fear in her eyes, and the trembling in voice, that she isn’t some wild-eyed tea-bagger. She’s living her version of a very real nightmare.

On the way home, I ask the driver for his opinion. He’s a well dressed, polished gentleman in his late sixties with a strong accent I can’t quite make out. Turns out he’s from Serbia. He turns back to look me in the eye, “Have you ever had a gun barrel jammed in your neck? “ I stammer, “No, you have?” “I drive all over this town, one end to the other at all times of the day and night. Two times, Mexican gangbangers have jumped out of cars behind me or next to me and robbed me right through this window.  Shoved the gun right here, into my neck.  I don’t know…they see the nice black car and figure I am rich or something…ha! I give them everything – my wallet, my phone, my watch (see I don’t wear one anymore), even my wedding ring. I am so scared, I wet myself sitting right in this seat. I hate them. I follow the rules, worked hard to get here. I pay my taxes. I am proud to pay. I love America. I have a good life here because I work hard. These people are destroying this city. It has to stop. Has to… And you tell your neighbors in Boston that want to hurt Arizona, that they are wrong. We are not the enemy – this is just the front door – this hell will come up there to you from here if it isn’t stopped. We are just brave enough to fight back. They will see. They will see...”

Then I went back and read the law – you can too, its 6 frickin’ pages, you can handle it. And please don’t argue with my argument until you do. I am bored with scripters yapping racial profiling talking points. There’s simply nothing complicated or nefarious here. Nothing ‘harsh’. In fact, SB1070 isn’t an immigration law at all - it’s a law to let state law enforcement enforce current federal laws on the books today. It pretty simply states that no government agency can refuse to enforce FEDERAL LAW. No law officer or city or welfare agency can ignore lack of citizenship. For cripes sake, I completely agree with anyone who wants to argue that its a stupid law. It absolutely is stupid. We shouldn’t need a law for force the government to obey the law! Obama, Calderón, and the Boston City council seemingly don’t like Arizona’s law because they want to change the FEDERAL LAW. (More likely they really just want to appease sympathetic constituents – legal or not). And speaking of Calderon, where does he get off telling Obama and America how to fashion our immigration policies? His moral outrage is especially deceitful considering Mexico has, in many ways, stricter laws than Arizona.  And just like Arizona’s, Mexican law states that law enforcement officials are "required to demand that foreigners prove their legal presence in the country before attending to any issues."

Hey, if you don’t like a law, any law, fix it. But the argument that it’s OK to ignore, or legislate that someone ignore, FEDERAL LAW because you don’t like it, is simply preposterous. And, to vilify a lawful, decent, well-meaning population of fellow American citizens because they passed a law forcing their government agencies to OBEY FEDERAL LAW is worse. It’s a long list of anarchistic, dishonest, duplicitous, double-dealing, dishonest, and mainly just plain stupid.

If we as a society feel we can and want to expand immigration, great, all for it. As long as coming to America requires investment – time, honor, and duty - just like it always did. If you want the free healthcare, the free food stamps, the free education…you follow the rules. You live within the laws. You contribute to the common good somehow, anyway you can. You don’t suckle at the public trough at the expense of the rest of us, forever. You don’t traffic humans, drugs, or guns. You don’t deal in violence and crime. You ‘work for good’. You work to bring daily meaning to your life, as well as daily bread. You add some value, make our society just a little bit brighter everyday.  Make yourself a lynchpin.

If you don’t want to do that, if you think America owes you a debt, if you think its fine to take whatever you want from wherever you can get it, and hurt anyone who gets in your way, then frankly, America has a right and an obligation to make sure you get the hell out…and stay out.
at 5:11 PM

OK, let's say for the sake of argument that only the text of a law matters and not its intent or predictable result. Even so, doesn't this law run a bit counter to the spirit of federalism and home rule? There's a pretty common belief that government should be as local as possible, and that the federal government - being the most distant - has the least standing to govern how people live. Most often this is reflected in states' rights, but why stop at the state level? Why shouldn't municipalities have the right to override state or federal statute (not constitution)? It's worth bearing in mind that, by asserting the primacy of federal law in this case, Arizona lawmakers also give up the right to deny such primacy in any other case where it might conflict with state law. Is that a desirable outcome? Where does that leave Arizona with respect to gay marriage or universal health care?

I'm not even going to get into my *own* objections to this law. It seems to me that, even by the usual standards of the very people who support it, there's much to dislike about this law. From such carelessly sown seeds spring bitter fruit.

In this case the state has chosen to support a specific federal law. I'm not a lawyer, but that doesn't logically force an arguement it has given up its right to not support another federal law.

It seems pretty clear that the state has the right to support this particular law if it so choses.

BTW - did you honestly actually read the law? Not much there to hang an argument on...

And what's the alternative - open borders? Free citizenship for the world...I guess that goes with free government provided healthcare, food, education, housing...I know, everything is a basic human right...except for the economic laws of physics don't exactly support everyone in the world freely immigrating to a magic place where they get everything handed to them for free.

I should have been clearer. I didn't mean that the state gives up any *legal* right to object to other federal laws, but it certainly does undermine any moral right to make that particular argument in other cases.

I'm not going to get into the discussion of alternatives. Even without the "everything for free" strawman I knew we'd never be able to agree on anything there, and if I really wanted to write about the issue I'd do so on my own blog which has more readers. I merely sought to point out that there were objections which could be raised even from perspectives closer to yours than to mine. Food for thought, and all that.

This is one of the clearest commentaries I have read about this issue recently. The fact is, Calderon should never have been allowed to use the bully pulpit to try to tell us what our laws should be. The fact that Mexican law is much more restrictive and racially biased shows what a double standard exists.

Immigration reform needs to happen, but that is not code for amnesty or other open door policies. We need to review the laws on the books, ensure the loopholes are closed, eliminate the anchor baby provision, and fund these agencies to enforce the laws.

We cannot afford to pay our own healthcare costs, let alone those of anybody foolish enough to risk their lives to come here illegally to get access to healthcare. If it was obvious that every illegal would be tracked down and deported back to their country, no matter what, it would be a disincentive to this activity. As it stands today, the odds are in their favor.

As the people of Arizona have noted, they are being invaded and the Federal government isn't fighting back. When your citizens are telling you they fear for their lives to walk down the street, you need to do something to help.