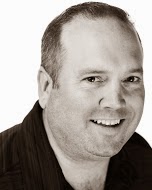 I lost a friend a couple of days before Christmas.  Hell of a guy.  Solid as a rock.

The kind of guy who was so competent that if you thought about it you’d feel  like a dolt in comparison, except he made you feel like the coolest, smartest guy on earth when you were with him.

Hell of a guy.

Calling him a friend seems sort of selfish and cheap.  We didn’t exchange Christmas cards or anything.  I had a few beers with him once in a while.  We argued about football, gave each other a bunch of crap when we could.  I didn’t bother to learn his wife’s name until I got the call that they found him dead in his bed the day before Christmas.


In fact, before that call, I hardly knew anything about this hell of a guy, other than the fact that he was a hell of a guy, and I could trust him to handle a bunch of impossibly complicated difficult stuff that our company couldn’t operate without.  When he told me, "No sweat, man, I got it covered." believe me, Paul had it covered.

He became one of those very cool people you meet at work, and promptly compartmentalize as a ‘great guy you work with’.  Over the years there have been dozens of these people in my life, probably yours, too.

It’s not like we talked every day,either.  But the days we did talk, I really looked forward to it. I looked forward to reading his stupidly effusive weekly status reports with their !!!!!!! exclamations.  When all hell broke loose – as it does once in a while – I actually enjoyed being in the bunker with him.  It was…fun.  It was fun.  He made the worst possible shitstorm…fun.  How does somebody do that?

What was I thinking not to embrace the opportunity to know him better?  How many hot shits like Paul do you get to meet in one life?

Now I am seeing – and feeling – the incredible loss of the people who did let him into their lives beyond work, and it's heartbreaking.  I have no right to feel anything in comparison to these people.  They lost a true friend.  I lost a work-buddy.

It's not a contest, I get that. I’m actually ashamed of my own grief. Who am I to be rocked like this?

I’m a leader and I need to act like it.  These people need help getting through this, and somehow I have to find a way to lead them past it. Instead, I’m acting fuzzy headed and bitchy. Just when they need me to offer direction, I'm letting my worst self-absorption show.
If he was here now, I’m not sure I could look him in the eye.  He’d kick my ass from here to the moon.
We recorded some testimonials today as a soundtrack to a memorial video we’re creating in his honor.  Alone in the soundbooth, I did a pretty good job doing the upbeat executive expected – great guy, sorely missed - stuff.

Then Dana, the engineer, asked me one last question.  "If you could say one last thing to Paul, what would it be?"

If he heard me, and I guess he did, Paul would kick my ass twice as hard for saying something stupid like that.

What I really need to say is, Paul, I’m sorry.  Sorry I didn’t take the time to know you better, to learn more from you, to pay more attention to your crazy ideas, and cheer you on more for pursuing them.  Sorry I can’t quite get my act together. Sorry for mistreating people both of us care for and respect as I grapple with a guilty sort of grief I don’t really have a right to let myself feel.  Sorry for letting you down.

No sweat, buddy, got it covered...tomorrow, I promise.